Buy 3 Tires, Get 4th Tire Free Instantly
Buy 3 Tires, Get 4th Tire Free Instantly. Receive a discount equal to the price of a single tire when four tires are added to the cart. Valid on select in stock tires only. Those tires for which discount is available will be identified in search results & product detail pages. All other tires and special order tires are excluded from this offer. Valid when scheduled for installation on PepBoys.com and installation is completed between 10/31/19 through 11/30/19.

To add a vehicle, start by selecting a year. 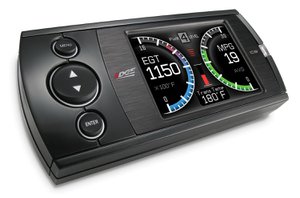 The quantity shown is what is currently available for your selected store. If your desired quantity is unavailable, contact your store for more help, or select another nearby Pep Boys location.Close [x]

Restrictions
Founded in 1999, Edge Products has become the premier name for aftermarket performance electronics. Initially, the company was built on its efforts to produce performance electronics for diesel-powered trucks. Over the years, however, Edge has expanded its offerings to include cutting-edge products for the gas, truck, and Jeep markets. Edge has been named three times to the Inc. 500's fastest growing privately held companies, and was noted as Utah's fourth fastest growing company between 1999 and 2004. Edge currently employs more than 100 individuals and resides in a 40,000 square foot facility in Ogden, Utah. Edge produces modules and programmers for all major vehicle manufacturers, including Ford, Chevy, Dodge, Jeep, and RV under the following brands: the A2, Juice, Attitude, Evolution, EZ, Insight, Mileage Max, and Trail Jammer. Since its inception, Edge has been known for the power its modules and programmers produce. However, what sets the company apart from its competitors is its monitoring capabilities. Coupled with the additional gains in horsepower, Edge's ability to display multiple engine parameters - and to provide associated safety features for those parameters on its stylish in-cab monitors - has revolutionized the industry. Edge endeavors to produce the highest quality products on the market and to deliver them with superior customer and technical support. On March 31, 2006, became a part of the MSD Performance Family (Which includes MSD Ignition, Superchips and Racepak). Edge, however, will remain in Ogden and will continue to operate as its own entity.